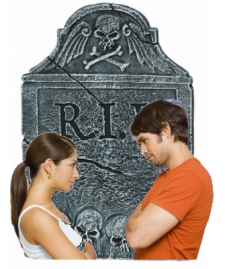 I was reading a story on the HuffPo about a lady who married a man who had been previously married for 10 years, with one son, until his wife passed away.

The lady was telling how she had one day said something to him about him being the love of her life, and he replied with “Aww. That’s so nice”. She realized at that point that she would never be the love of HIS life, and the story goes on about how she came to accept that.

The readers’ comments mostly said she shouldn’t settle for that, deserved better, shouldn’t have to complete with a dead woman, and that he could have told her that she was the love of his life anyway. But one comment/story really stood out to me. It’s like a major OMG!!

When I was 20, a man coincidentally named David proposed to me and immediately followed with “But you should know that when I die, I’ll be buried next to Karen, because she is the mother of my children.”

Well, Karen, his high school sweetheart and first wife, was some piece of work. Because David had severe diabetes, her parents had persuaded him to get a vasectomy, before they were married. Within their first year of marriage, Karen became pregnant by someone else. David forgave her…

Six years later she became pregnant by her sister’s husband, telling David that she had been raped in a parking lot. This time he warned her “never again!”  (As I pointed out to him, if he believed her rape story, why the threat of “never again?”)

A year later, Karen again became pregnant by her sister’s husband, and died from complications of an abortion.

And THIS was the woman he considered “the mother of (HIS) children?”  It’s great that he accepted the children as his own, but THANK GOD I had enough self-respect to realize I deserved better than to be ANYONE’S consolation prize. Least of all was I going to take a back seat to a serial adulteress!

I could marry a man who still loves his first wife, if she was faithful. But he would need to love me completely, rather than “settling”  for me. I deserves that. The vow to “forsake all others” means ALL others.

OMG!! Can you believe that? He adds that on to his proposal? How romantic! Good for you for not buying into that mess, girl. And David, sorry dude, but you really take the cake with that one! 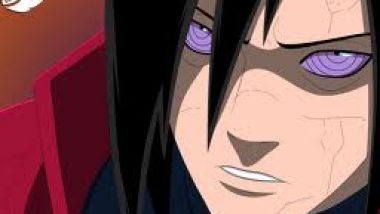 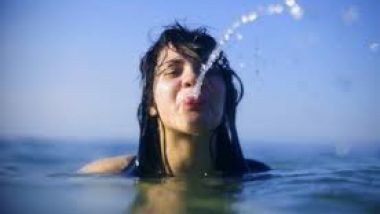